The first fixed ankle position was done by albeit in the 1500s, it is this time when it has first appeared. Back then the method which was invented is still getting utterance in a new form. The very first modern prosthetic foot arrived in the late 1950s was capable was flexion and strike. It was then the iteration started and manufacturing of such prosthetic feet begun for inspiring of the human foot and create better prosthetic feet.

Throughout the years the technology had achieved many milestones and had also improved design keeping in mind the customer expectations. All these years the functions kept improving and a lot of comfort zone has been created for such users.

Here are some design of prosthetic foot available for prosthetic users 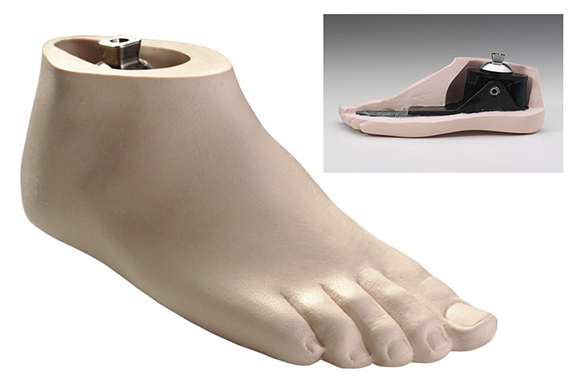 This ankle heel foot has no moving parts. Certain areas are made from rubber which provides the user to blend and have flexible movements. At the time of walking the solid heels absorbs the impact when the foot first touches the ground but they are not capable of storing the energy. This has traditional functions fit into it so one cant has the benefits of the modern prosthetic foot. it also has curtains drawbacks like diabetic patience having a disability in walking cant go for such heel foot. It does not have multi-functioning energy. 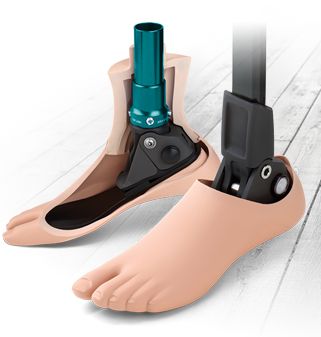 As the technology increases human needs also increase and here the expectations for the amputees were high because of improved version kept coming up in the market, thus now the improved version was multi-axial ankle this has all the functions and was designed in such a manner that all types of prosthetic user and have it and we’re finally able to walk. It was designed in such a manner that even on an uneven surface the users can walk smoothly and comfortably.

Even though a lot of improvements were made for the prosthetic foot but they having a drawback of not being able to store energy. With the improved technology, experts created lighter prosthetic feet that were capable of storing energy. Certain composite materials were used to fulfill the primary need for a smooth surface. 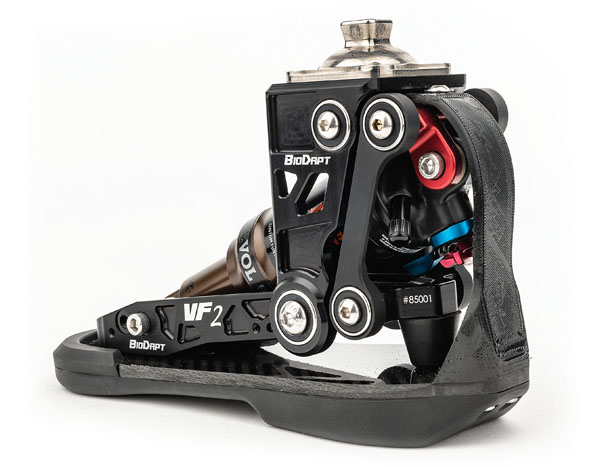 This electronic foot has a microprocessor system which has a combined function of multi-axial and single axial. Such feet make the amputees walk naturally with faster modification even on slopes.

Even India is now developing in the field of the prosthetic foot for amputees and major improvement can be seen in Jaipur. Western pieces of equipment were not only costly but were hard to be available in Indian markets. So within the time being the most unlikely prosthetic was developed by using rubber, wood, and plastic without containing any carbon fiber. This invention was not only cost-effective but was affordable for a different user.

Talking about the invention in India, in the year around 1968, the man called Pramod Karan and ram Chandra had changed the lives of millions of people by a low-cost solution. Indians are known for their juggad way of thinking so here these two men had created a smart, low-cost prosthetic foot which was later dominated by the Indian industry. They simply created a flexible prosthetic foot whose production cost was nearly about $45.It was like a blessing for so many people and societies who were not able to afford the western equipment due to their high cost

Here are some artificial foot with a low budget cost 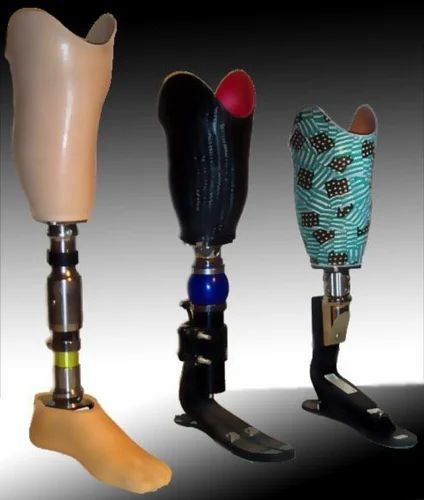 This artificial below-knee comes in the range of 25000 with a maximum bodyweight of 600gm. 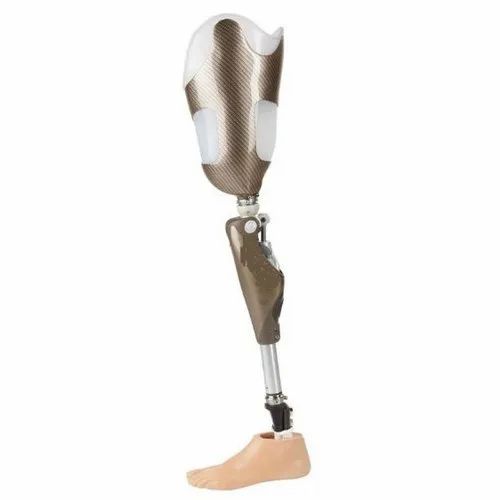 These artificial limbs come in the range of 6000 and are eco-friendly in nature. They are artificial limbs can come in the range of 45000

This is good for ankle position and comes in the range of thousands.

These are some of the prosthetic foot available in the market at low cost which can fit every bodies pocket. Researchers are also working on a design framework to provide quantitative performance that can more effectively improve the walking behavior of the prosthetic user.

Standardized prosthetic feet are available but now one can also go for the prosthetic foot as per their requirements. The researchers can now deliver the exact type of foot for the user just by taking their body’s weight and size. They can tune the stiffness in such a way that the user walks in a similar way like others. Also, the cost of such a prosthetic foot is less than that of the existing product because of its exact manufacturing for one user rather than on a wide scale.

As you can see the prosthetic feet have evolved throughout the year’s many changes are inculcated in the designs of feet. Many functions and features have also been made by the researchers. But choosing afoot which fits you comes down to your lifestyle and preferences have a different experience. We hope with this article one has a shed of some lights on different types of prosthetic feet available today and what is each of them capable of doing. In this way, one can choose a prosthetic foot that suits them and their lifestyle in a low budget framework.