The life of a Handicapped isn’t easy, but we as a society have to work on being the Best friends of these people. We have to make sure that we help these special Fiends of our society to stand up in a society with their Head Upright and to do that we have to change certain Stereotypes. What are they? Firstly we have to understand and make ourselves believe the fact that they are also like us, but due to some accident or birth Problems they don’t have any part or organ of their bodies and that is fine. Secondly, we have to make sure that whenever we see any people in our surroundings, be it our friends, colleagues or even our Parents mocking these Specially abled people we need to raise our voice, that how we can stop this Discrimination. Thirdly and the most important point is that we have to treat them better. Just because they have gone through a harsh chapter in their life, we must make them feel special and tell them that Life doesn’t end here. So if you want to be that motivator believe me we can.

Please note the cost of artificial limbs in Government Centers can be comparatively very reasonable than private institutes.

Also, you can explore the rehabilitation options with Jaipurfoot.org where it can cost of artificial limbs comes to around Rs.2500/- or even less based on the type of your amputation.

So according to science Prosthesis is the Process of implanting an artificial organ or device into a body that has lost it in Trauma, From Birth, or Accident. The main motive behind this is making the life of these people better than what it was before. Now losing an Organ doesn’t mean you have to stay the rest of your life in a Wheelchair, it is possible that we can implant some newly developed Artificial Intelligence appliances that would work Perfectly with the Body.

What is Common Prosthesis? 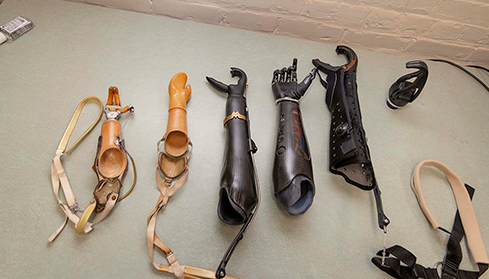 What is the Cost of Artificial Limb in the USA?

The leg is the most important part of a Moving Human, can you imagine a day without using your Leg? Impossible right? Then how can it be possible for the Handicapped friend of ours to live life without legs, so the new Trend in the Prosthesis market is to implant Artificial Limbs? Now that sounds risky and is costly too. Implanting a whole leg is somehow a bigger operation than we thought of. Also earlier there were Amputated legs made of Wood and Steel which were a showpiece only. It made the patient more severe to what is called the Problem of his life. First, it is difficult to manage the weight of the body with just one leg and then these heavy Wood and Other Material Implants. It would make the lives of these people worst. 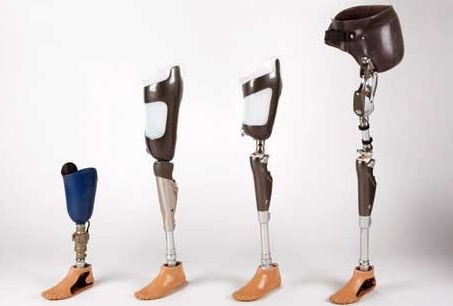 To bring solutions to these, Mankind brought Limbs that are connected to Artificial Intelligence and Machine Learning. The price of such a limb in the USA can be from $5000 to $50000. Yes, they are quite expensive, but it’s like buying life for those people. These artificial legs can be used at most upto 5-6 years and not more than that. So this calls for not a one-time investment option, You have to Change these limbs after 5-6 years until your Lifetime. This is a difficult call but I suggest that if you want to live a life like it should be then this is the device for you.

The History of the Limbs is quite interesting. The First need for an Artificial Limb was felt during the Civil war in America when thousands of Warriors lost their Limbs in the war. In October 1917, the Surgeon General of the United States Army called for a Meeting that included all the limb makers of the world to come and Give their ideas upon the supply of large-scale limbs for the Warriors. The meeting was fruitful and no doubt it was surely going to make a revolution in the History of the World of Prosthesis. So did it. 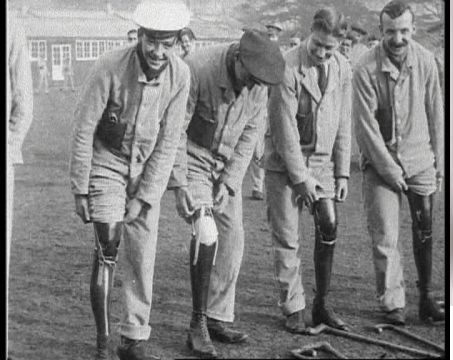 The People and the Limbmakers started discussing the matter and came to a common ground to implement certain factors in the Industry. After about 50 years the world of Prosthesis gave Good News to the World of Technology. They invented devices that can be used by farmers, Office Workers, Work Professionals, and Warriors. They were capable to bring out the best in the Device. Devices like Artificial Limbs, Ball and Sockets, and many others were invented for serving to make.

From the Current development of the Prosthesis world, one thing can be sure things will get better with time. We will go forward towards developing bigger things for our Differently abled friends. Gone are the days where Wood was used! Now we’re making Technology stronger and many business companies feel its need that we compact the whole thing in short packages and then reduce the Prices of the same. The price is very high and for any middle-class man, it is not easy to busy artificial limbs after spending so much. So it will be our challenge to make these things so less pricey that all can afford them and live a life of fewer problems. Technology is not only for the rich it is awarded to all the people of the Nation, so it’s this technology that should serve everyone, the Rich and the Poor. So let’s keep our fingers crossed that our Scientist will bring something really good for its people around the world, that would not only be a Revolution but will be the blessing of many people around.

Thus, the Life of the Handicapped is Difficult no doubt, but if we see the brighter parts of it, then we would like to thank Technology for showing its blessings on us and giving us devices that saved lives. The Flag barriers of the Prosthesis world are the USA and other countries and following them for bettering the lives of their Countries Specially Abled. We hope that all the countries do their portions and together we can fight out this Disease of the world. So in this Movement of the World making it a better place, let’s Pledge that we will do our bits!

The Cost of Artificial Limbs varies based on the type of amputation and also the place from where you get it done. For e.g. in India, it comparatively costs less than compared to the US. Also, private institutes will be comparatively more expensive than NGOs or Government Institutes. So we would personally recommend visiting a few of these institutes before taking a call on the pricing.

PS: We have done our best to research all the above-mentioned pricing however, chances are that there can be some changes or rectifications. So kindly do your research before concluding anything about the cost of artificial limbs mentioned in the article.